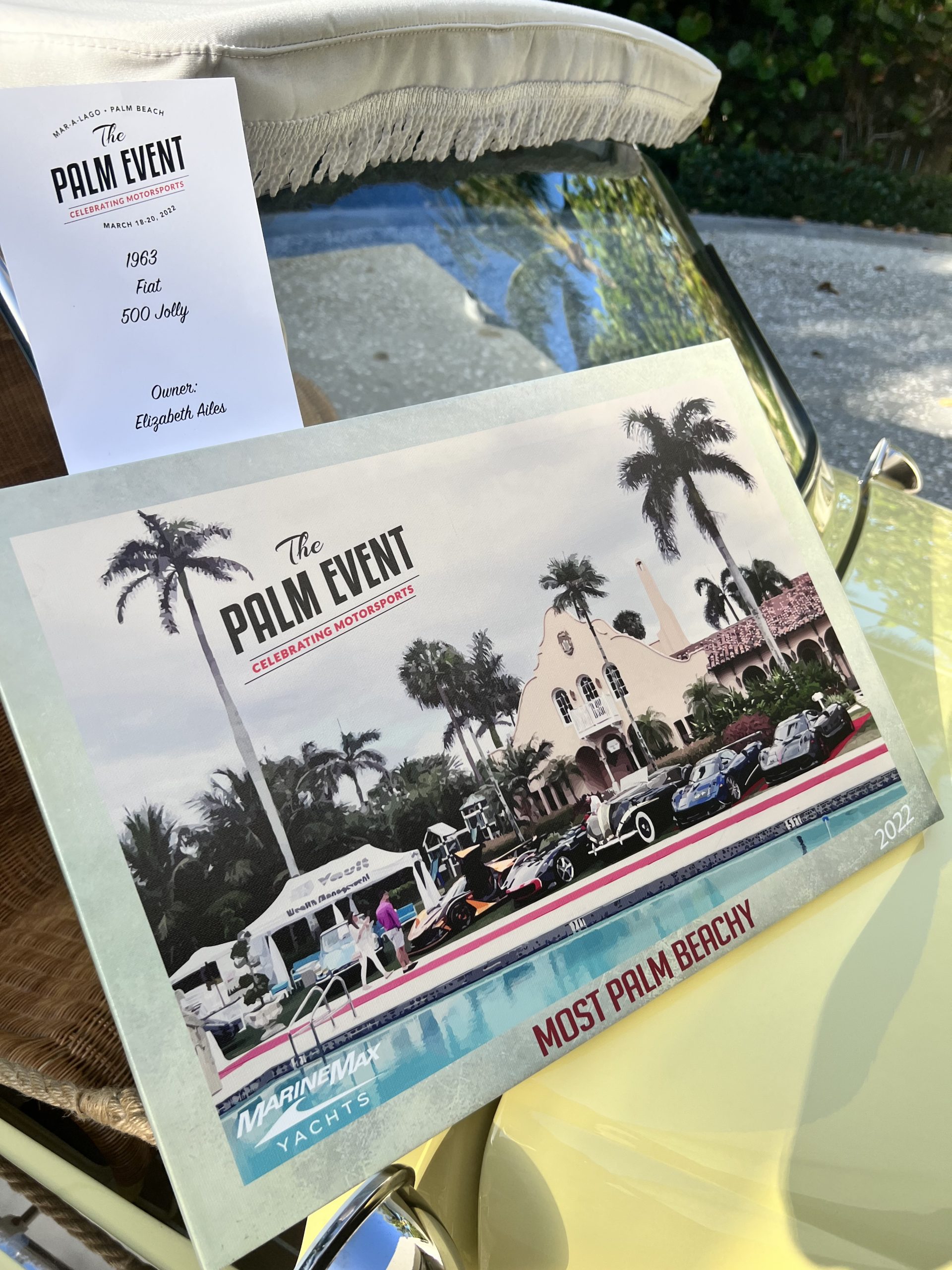 The Palm Event was hosted this weekend at Mar-a-Lago. If you love beautifully-restored vintage cars, it is a wonderful event! 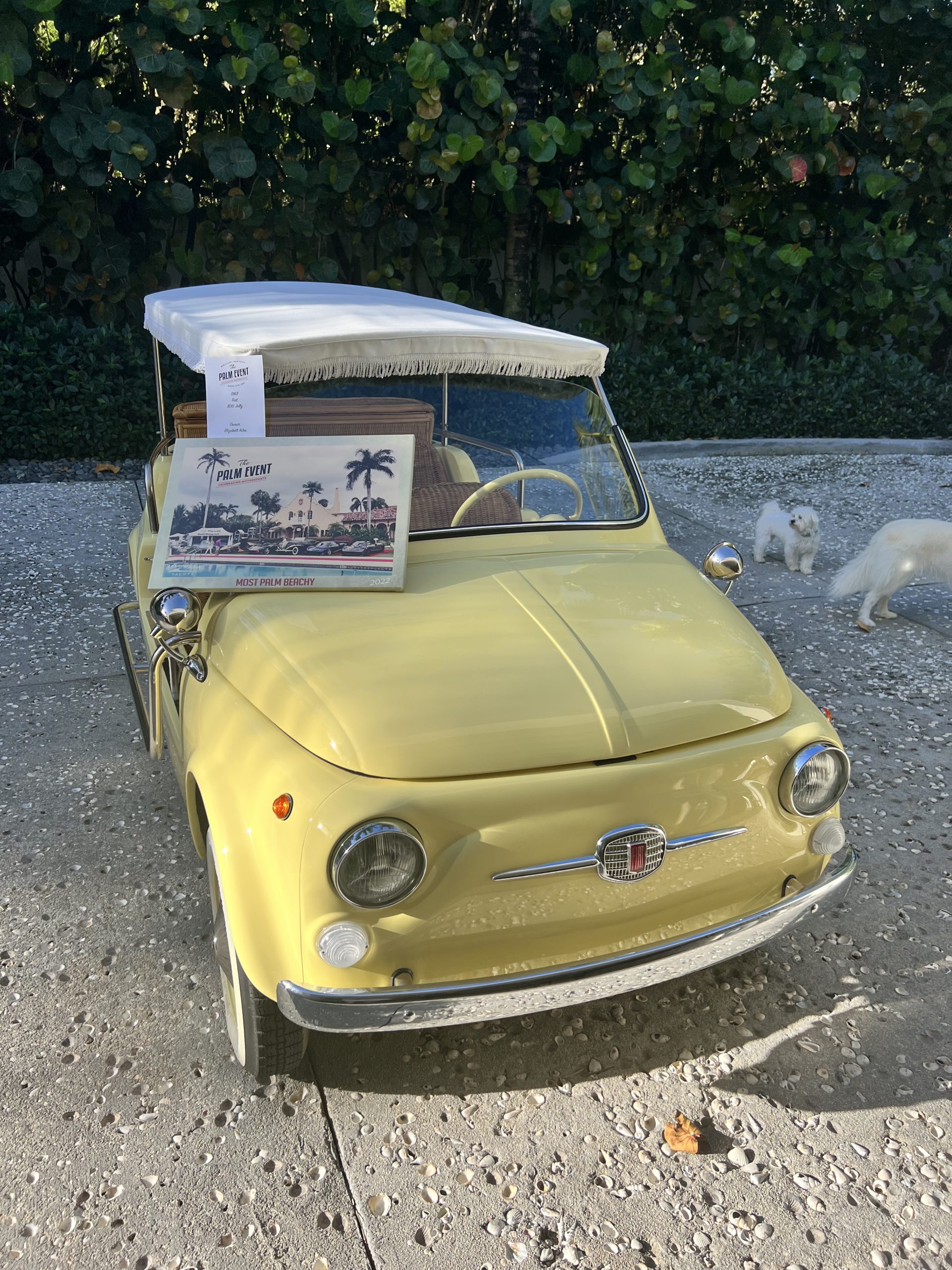 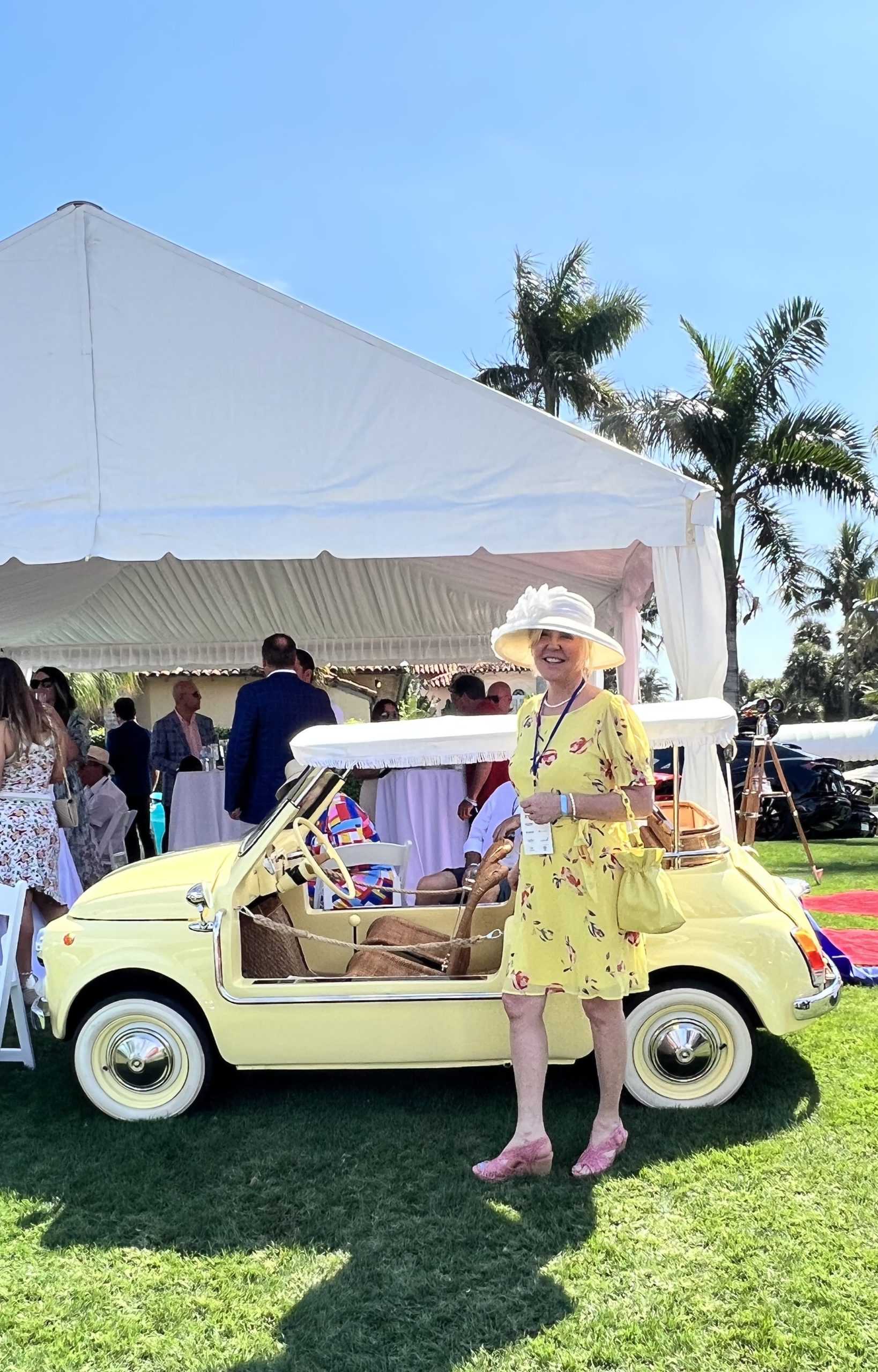 Buttercup is her name, she is a treasure! 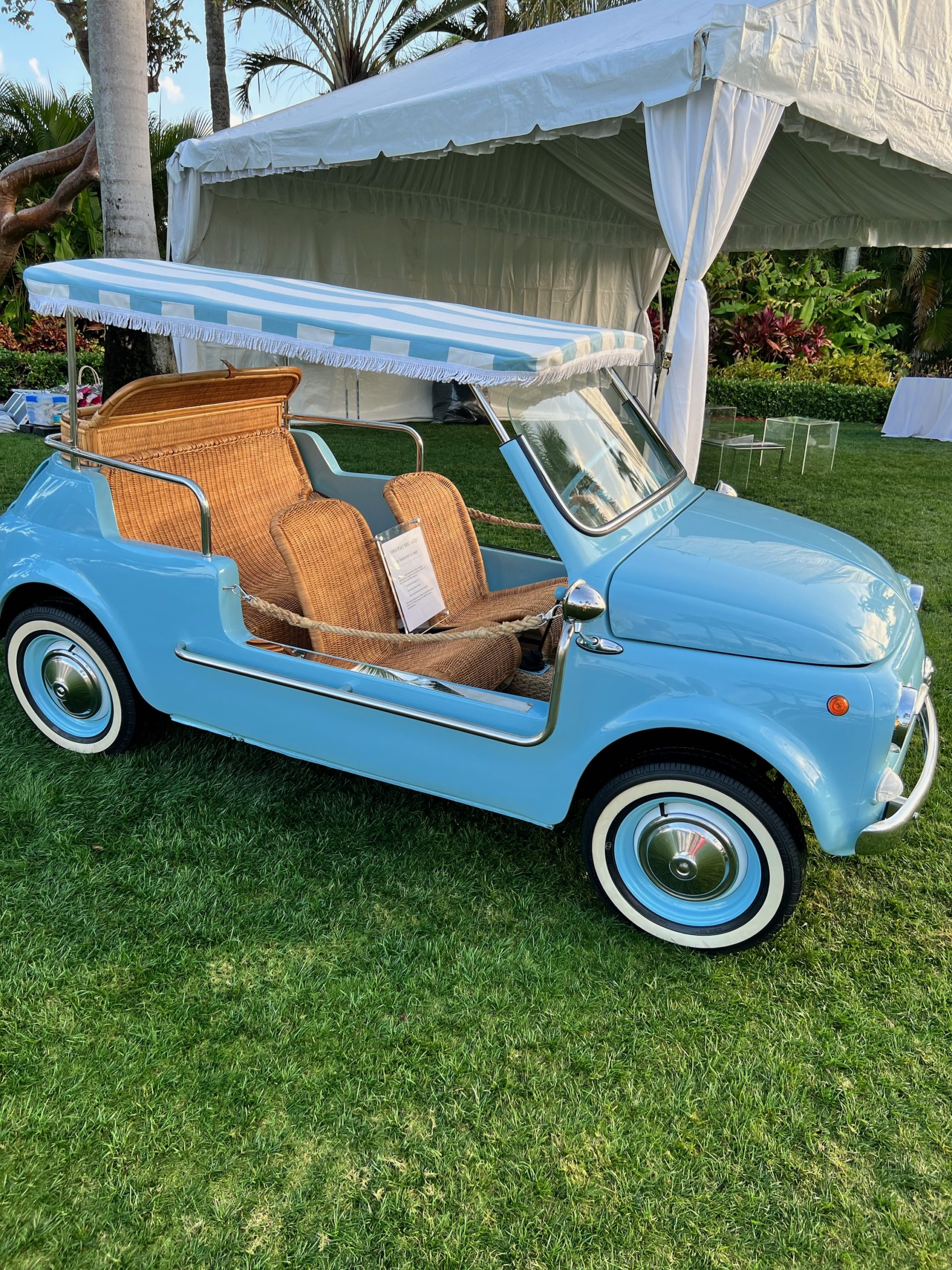 My other Jolly is baby blue. 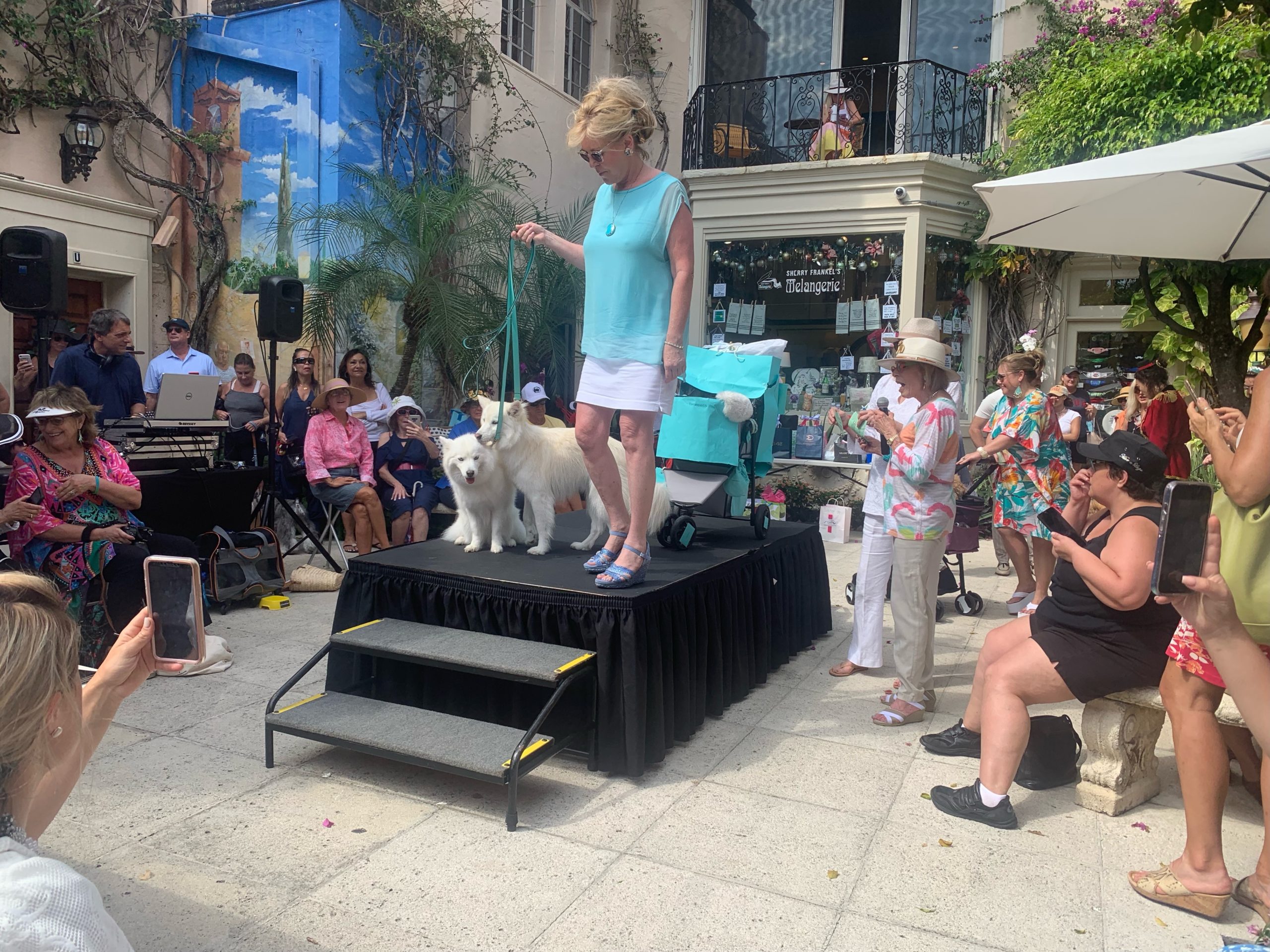 We had fun at the 29th Annual Worth Avenue Association Pet Parade and Costume Contest. The Palm Beach Daily News covered it here. 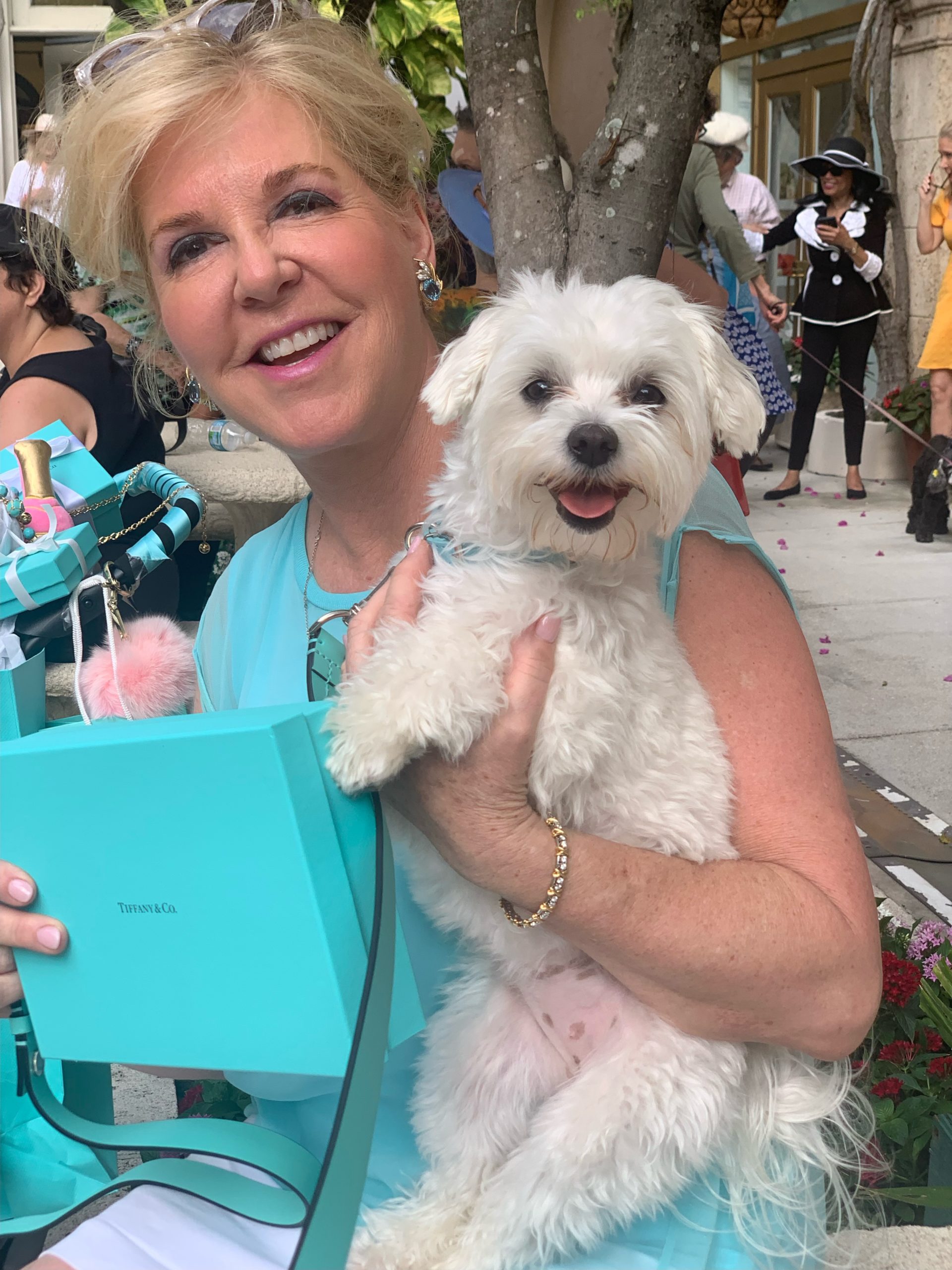 Home for the Holidays

Home in Florida for the holidays with my son Zac. I love this Christmas tree across from the palm trees.

Spring is here and that means one thing: tending my garden

I’m in Garrison and ready to plant my vegetable garden My little red wagon is full of tomatoes, eggplant, peppers, corn and more. The real question is whether the squirrels and rabbits will help themselves to my harvest.

Rush was a larger than life figure who served as the moral compass to the conservative movement. Most will remember him as the tireless champion of policies that transformed America. I was blessed to know him as a loyal, kind and supportive friend to my family. We are poorer for this loss, and his absence will be deeply felt by all. Rest in peace, my dear friend, and thank you for all that you’ve done!

We kicked off the holiday season with a roadtrip to snowy Michigan!

This was my first time “riding shotgun” with my son Zac behind the wheel and Sugar on my lap – a wonderful journey!

Man In The Arena

After leaving office, President Theodore Roosevelt gave a speech in 1910 that became one of his best-known, Citizenship in a Republic.  It’s a beautiful speech, offering both encouragement and a warning. The most famous passage is below:

“It is not the critic who counts; not the man who points out how the strong man stumbles, or where the doer of deeds could have done them better. The credit belongs to the man who is actually in the arena, whose face is marred by dust and sweat and blood; who strives valiantly; who errs, who comes short again and again, because there is no effort without error and shortcoming; but who does actually strive to do the deeds; who knows great enthusiasms, the great devotions; who spends himself in a worthy cause; who at the best knows in the end the triumph of high achievement, and who at the worst, if he fails, at least fails while daring greatly, so that his place shall never be with those cold and timid souls who neither know victory nor defeat.”

While the lines quoted above are the most famous part of Roosevelt’s speech, the preceding passage is also important because it speaks to the true nature and character of those critics:

The poorest way to face life is to face it with a sneer. There are many men who feel a kind of twisted pride in cynicism; there are many who confine themselves to criticism of the way others do what they themselves dare not even attempt. There is no more unhealthy being, no man less worthy of respect, than he who either really holds, or feigns to hold, an attitude of sneering disbelief toward all that is great and lofty, whether in achievement or in that noble effort which, even if it fails, comes to second achievement.

It’s so fitting that a documentary about Roger’s life and impact should be titled Man In the Arena.

I’ve watched Man in the Arena via Amazon Prime and I encourage everyone to do the same. It’s the only fair and objective look at Roger’s life and the impact he had on news and politics. Man in the Arena the only media project I’ve participated in. I allowed the director, Michael Barnes, to interview me, my son and to access Roger’s archives.

I think Barnes did a good job. I loved the interviews with many of the people Roger worked with or influenced over the years. A lot of the stories were new to me and quite moving. I understand some of the interview outtakes will be on the film’s website and I look forward to watching all the interviews that didn’t make the final cut.

Combing through the mountains of documents, photos and tapes with Barnes inspired me to begin the process of archiving and I plan to make some of these items available online in the future. The tapes and documents about the Apollo moon landing or the Nixon campaign alone could have been made into other documentaries. Who knows? Maybe they will be. I think it’s time to start sharing some of these things and to allow Roger’s voice be heard again.

Our son Zac was a New Year’s baby, so it’s a holiday filled with extra joy.

What a lovely surprise it was to receive this video from my friends at Hoving Home Lodge!

It was one of the highlights of my time in New York to work with this amazing organization and see the positive impact it had on the lives of so many. The commitment and dedication of the Hoving Home Lodge staff sets the gold standard!

The Saint Edward Guild Charitable Works Committee hosted a lovely lunch for our senior friends at Villa Regina today. We had so much fun decorating, organizing a raffle and serving a delicious meal. What a blessing to start the week this way!